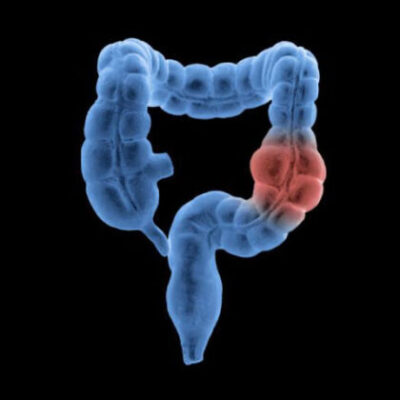 ON MAY 30, the American Cancer Society announced a change in its guidelines for colon cancer screening. The ACS now recommends starting screening at age 45, instead of 50.

Imagine a better, easier, cheaper and less invasive and time-consuming way to do a colonoscopy. Well, there is, and it’s a good thing, too, since colon and rectal cancer kills more than 50,000 people a year. Yet, shockingly, as Dr. Klein and his co-authors describe below, the federal agency overseeing Medicare and Medicaid is dragging its feet on approving this proven alternative called virtual colonoscopy.

ON MAY 30, the American Cancer Society announced a change in its guidelines for colon cancer screening (https://doi.org/10.3322/caac.21457). The ACS now recommends starting screening at age 45, instead of 50. It made this change because the incidence of colon cancer in people under 50 has risen dramatically over the past 20 years. Fortunately, as younger Americans begin to be screened under the new guidelines, a new, high-tech screening test–known as virtual colonoscopy–is poised to make screening for colon cancer safer and less expensive. Regrettably, the federal agency that oversees Medicare is slowing virtual colonoscopy’s widespread adoption, harming Medicare patients and other screening-age Americans.

No one looks forward to a colonoscopy, the best known of the available screening tests for colon cancer. The patient needs to be sedated, which means taking a day off from work and asking a friend or family member for a ride home. Traditional colonoscopy also carries a small but significant risk of colon perforation. Some patients will suffer severe injury; a few will die. Thousands of colonoscopy patients experience other complications, such as bleeding, heart and lung problems and abdominal pain (https://www.asge.org/docs/default-source/education/practice_guidelines/doc-56321364-c4d8-4742-8158-55b6bef2a568.pdf). Despite these drawbacks, traditional colonoscopy was for many years the best available test for early detection of the polyps that lead to colon cancer.

There are other, harder to quantify advantages, as well. Some Americans skip screening because they can’t afford to take a day off to be sedated for a traditional colonoscopy. Others avoid colonoscopies because they fear complications, such as perforation of the colon. Stool-based tests, including Cologuard, are safe and can detect colon cancer, but they’re not nearly as effective as virtual and traditional colonoscopies at finding polyps before they become cancerous–the key benefit of screening. Allowing more Americans to choose virtual colonoscopy will reduce injuries from colonoscopies, save money and encourage reluctant patients to receive effective screening.

Despite these advantages, the Centers for Medicare and Medicaid Services (CMS), which oversees Medicare, has refused to provide coverage for virtual colonoscopy, forcing Medicare patients to choose between traditional colonoscopy and no screening at all. This puts CMS at odds with other medical organizations, including the American Cancer Society and the United States Preventive Services Task Force, the government body responsible for determining which screening tests are worthwhile. Both have endorsed virtual colonoscopy as an equally effective screening test for colon cancer.

Yet CMS worries that such findings outside the colon will lead to unnecessary tests and treatments for the patient, with those treatments leading to other risks. Put differently, the agency’s view is that this additional, accurate information is bad because doctors might use it unwisely. To be sure, doctors should be trained not to order unnecessary further tests or treatments; the authors train all radiologists to report only significant findings outside the colon. But the few findings from outside the colon that have resulted in further tests or treatment have been serious, and detecting them has saved lives.

All physicians take an oath to promote the health of their patients–and, of course, to do them no harm. By bringing a safer, better test for colon cancer to its patients, Medicare can do both.

Contact Us
Select the fields to be shown. Others will be hidden. Drag and drop to rearrange the order.
Compare