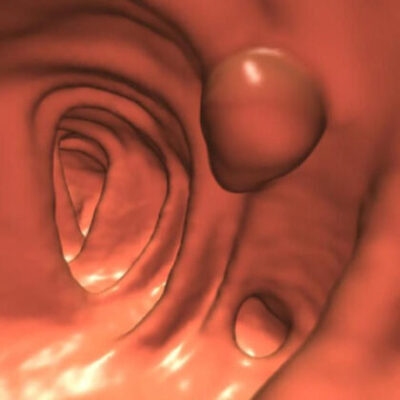 If you’re in your mid-40s and haven’t had your colon checked, it might be time.

The American Cancer Society’s newly updated guidelines for colon and rectal cancer screening recommend that adults at average risk get screened starting at age 45 instead of 50, as previously advised.

The updated guidelines come on the heels of what seems to be a rise in colorectal cancer among younger adults.

Those at higher risk include African Americans, Alaska Natives, and people with a family history or a personal history of colon or rectal polyps; risk factors such as these could require screening earlier.

Published in CA: A Cancer Journal for Clinicians on Wednesday, the updated guidelines also indicate that there are six screening test options for adults, ranging from noninvasive stool tests to visual exams like colonoscopy, depending on the preference of the patient and availability of the test.

Other health organizations in the United States — such as the US Preventive Services Task Force— still recommend routine screening for colon and rectal cancers starting at age 50.

Colorectal cancer, which includes both colon and rectal cancers, is the third most common cause of cancer-related deaths in the world, according to the World Health Organization.

In the United States, colorectal cancer is the second-leading cause of cancer-related deaths among cancers that affect both men and women, according to the US Centers for Disease Control and Prevention.

Some studies suggest that the rates of colorectal cancer deaths are climbing among American adults younger than 55.

After declining overall from 1970 to 2004, colon and rectal cancer mortality rates among 20- to 54-year-olds in the United States increased by 1% annually from 2004 to 2014, according to a study published last year in the medical journal JAMA.

“Behind these numbers are real people and real faces, and all of us in the colorectal cancer world and all the gastroenterologists and all the oncologists have been seeing more and more young people who develop this disease,” said Dr. Richard Wender, chief cancer control officer at the American Cancer Society, who oversaw the development of the new guidelines.

“In people born more recently, they’re at four times the risk for rectal cancer than people born in the ’50s (at the same age), for example, and double the risk of colon cancer,” he said. “It’s what we call a birth cohort effect. Nobody knows why really clearly, and that’s a big area of interest, but nobody’s questioning that it’s happening.”

The researchers also commissioned a microsimulation modeling study involving a model called MISCAN, which simulates colorectal cancer incidence and mortality and estimates risk factors and the impact of screening and treatment practices.

The researchers’ new modeling study was an extension of analyses conducted for the US Preventive Services Task Force recommendations, and it assessed the potential risk and benefit of various colorectal screening strategies among black and white men and women in the United States.

Based on their review and that simulation modeling, the researchers identified efficient strategies for screening starting at age 45.

The updated guidelines also noted that there is wide variation in the costs of those screening options, depending on patient insurance plans, ranging from around $30 for a take-home fecal immunochemical test to thousands of dollars for a colonoscopy.

“Consumers should also understand that there are many screening options, and they may find certain screening options more affordable than others, particularly when faced with potential out-of-pocket expenses,” the statement said.

America’s Health Insurance Plans spokeswoman Cathryn Donaldson said in a statement Wednesday, “Health plans cover most needed screenings, including mammograms and colonoscopies, often at no additional cost to the patient. Insurance providers consider available evidence, clinical guidelines and recommendations from organizations such as the American Cancer Society to understand when preventive screenings are needed.

“Whether or not you need a screening will depend on your age, medical history and other risk factors. When a doctor recommends a screening because of such risk factors, it is usually covered,” said the association, which represents companies providing health care coverage and other related services to Americans.

Outside of the cost and the frequency in which a test is recommended to be done, “all these tests are approximately equal in their value and can be offered,” Wender said.

“We know from trials that if you offer a choice between colonoscopy and a less-invasive test, that more people will opt to be screened, which is our goal in the end,” he said. “The evidence is now absolutely clear, and I can’t emphasize how carefully this was done. It took us two years of work to provide a compelling argument and evidence that the screening age for everyone should begin at age 45, not age 50.”

WHAT EXPLAINS THE RISE IN COLORECTAL CANCER?

Time will tell whether other leading health organizations follow in the American Cancer Society’s footsteps with recommending screening for adults younger than 50.

Additionally, more research could shed light on why there has been a rise in colorectal cancer among these younger adults, said Dr. George Chang, chief of colorectal surgery at MD Anderson Cancer Center in Houston, who was not involved in the updated guidelines.

“The rates of screening right now under the age of 50 are negligible. Therefore, what we’ve observed with the rising incidence is not simply a result of detection bias,” Chang said. “This appears to be a real phenomenon.”

He added that he has some ideas regarding what factors could be driving this rise, as “there are a number of things that have changed over the past several decades that have to do with exposures and lifestyle.”

“We know that obesity’s associated with an increased incidence of many cancers, including colorectal cancer, and the obesity epidemic remains an important and growing problem in the US. So that may be one associated factor,” Chang said.

Other possible factors could include sedentary lifestyles, environmental exposures and diets high in processed foods, he said.

“While we have not identified the causal factor, it is likely that all of these factors contribute to this rising incidence,” he said.

A separate report released last week by the World Cancer Research Fund and the American Institute for Cancer Research highlighted strong evidence that being physically active and eating whole grains and foods high in fiber, along with other healthy habits, can decrease the risk of colorectal cancer.

Consuming red meat, processed meat and alcoholic beverages, among other factors, could increase the risk of colorectal cancer.

For any adult, no matter how old, Chang said that paying attention to your body and bowel habits are important for tracking your overall health — and that alerting your doctor to any changes is key.

‘THIS GIVES US A REAL OPPORTUNITY’

“If you take into account the fact that people develop colon cancer or rectal cancer over many years, and that there’s a step wise progression from having no abnormalities to then having polyps and then developing cancer, this gives us a real opportunity to stop people from ever developing cancer by moving screening ages younger,” said Azad, who was not involved with the guidelines.

“It’s not just that you would catch the younger people with cancer but that you would actually catch the younger people with just a polyp that can be removed at the time of colonoscopy, and they never get a cancer. So it’s preventative, not just early diagnosis,” she said, adding that she thinks the benefits of screening younger outweigh the risks.

Such risks include false-negative or false-positive results, as well as rare complications or feelings of anxiety with more invasive testing approaches, such as colonoscopy.

Yet “there are many ways you can screen for colon cancer beyond colonoscopy, and we can find a way no matter how squeamish people are,” Azad said.

Contact Us
Select the fields to be shown. Others will be hidden. Drag and drop to rearrange the order.
Click outside to hide the comparison bar
Compare